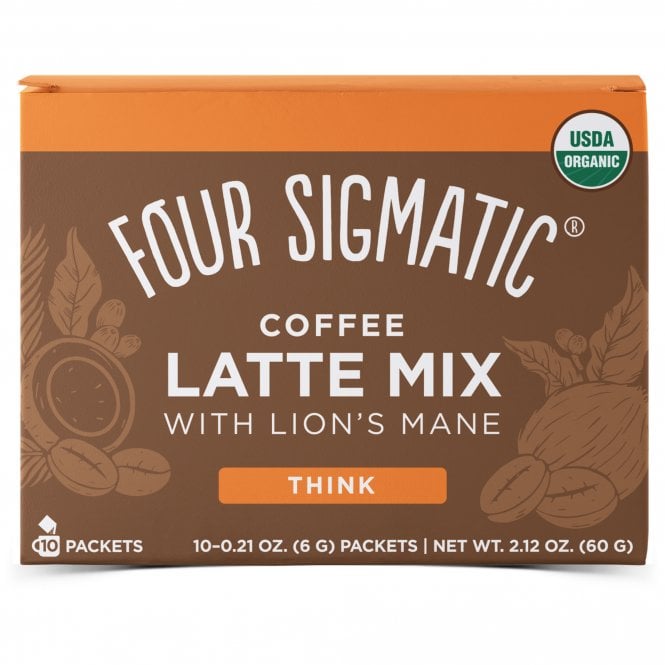 Made with organic, Arabica coffee beans with only half the caffeine of a regular cup of coffee (50 mg of caffeine).

Mixes medium and creamy. Youll completely forget the word mushroom is on the bag while youre drinking it. Youll remember when you notice you havent crashed around mid-day.

Mucuna pruriens is an adaptogenic herb used traditionally in Ayurvedic medicine. It complements the power of caffeine because it contains L-dopa, the precursor to dopamine.

Coconut milk powder is already added for a smooth and creamy latte that just needs hot water on your end. If you want to really elevate a latte, try adding coconut oil or cinnamon.

Four Sigmatic (formerly known as Four Sigma Foods) have combined fast-food convenience with superfood effectiveness to bring you the power of mushrooms in a revolutionary new way.

Mushrooms are among the most studied superfoods in the world. You may not know that around 40 percent of Western medicines today, including penicillin, utilise mushrooms.

Most people dont consume these healthy types of mushrooms, so adding even small amounts could lead to significant health benefits.

Choose from our selection of Four Sigmatic mushrooms to start reaping their rewards.