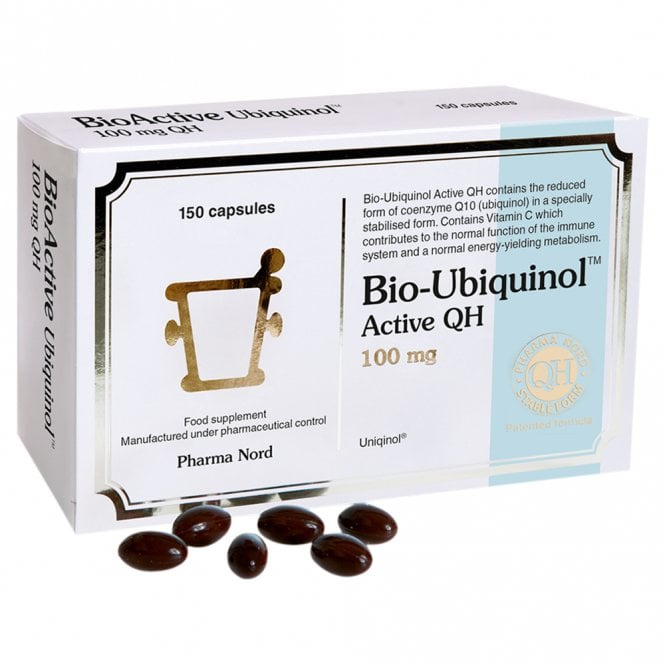 Coenzyme Q10 Roles in the Body

Coenzyme Q10 has two major roles within the body, namely energy production and antioxidant performance. Ubiquinol Active is an essential cofactor of enzymes that convert sugars and fats into energy within specialised sub-cellular organelles called mitochondria.

Both of the roles that coenzyme Q10 plays are of equal importance in this process.

Thus, it helps to maintain a healthy heart, muscles and immune system, all of which have a high-energy requirement - as well as a high antioxidant requirement.

1-3 capsules per day, or as directed by a physician.

This product has worked well for my husband for several years now.

Excellent service, arrived on day specified. Have used Bio-Ubiquinol Active QH for many years and it works for me.

Well worth its price, easy to swallow, quick delivery by the post to Sweden. Very good for me who is 64 years old.

Cant say Ive noticed any difference from before especially on the energy front. Jury still out on this product.

We love this product. It`s well worth the cash. There`s nothing as important as your health.

Excellent product, totally worth the price! Thank you!

Well worth its price, easy to swallow, quick delivery by the post