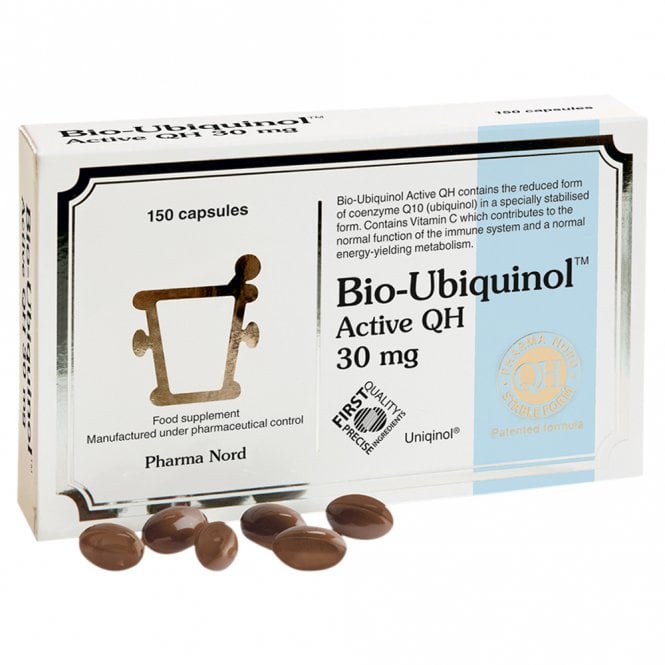 What is Bio-Ubiquinol Active QH?

Until recently, coenzyme Q10 supplements were only available in the oxidised form as ubiquinone. This has now changed with Bio-Ubiquinol Active QH.

What does Bio-Ubiquinol Active QH do?

Coenzyme Q10 has two major roles within the body, namely energy production and as an antioxidant. Coenzyme Q10 is an essential cofactor of enzymes that convert sugars and fats into energy, within specialised sub-cellular organelles called mitochondria.

Both forms of coenzyme Q10 are of equal importance in this process.

The reduced form of coenzyme Q10 is more important as an antioxidant than the oxidised form. Thus Bio-Ubiquinol Active QH helps to maintain a healthy heart, muscles and immune system, all of which have a high-energy requirement, as well as a high antioxidant requirement.

Take 1-3 capsules per day with food, or as directed by a physician.Not suitable for vegetarians.

Recommended to take this by my nutritionist - It is apparently an excellent product.