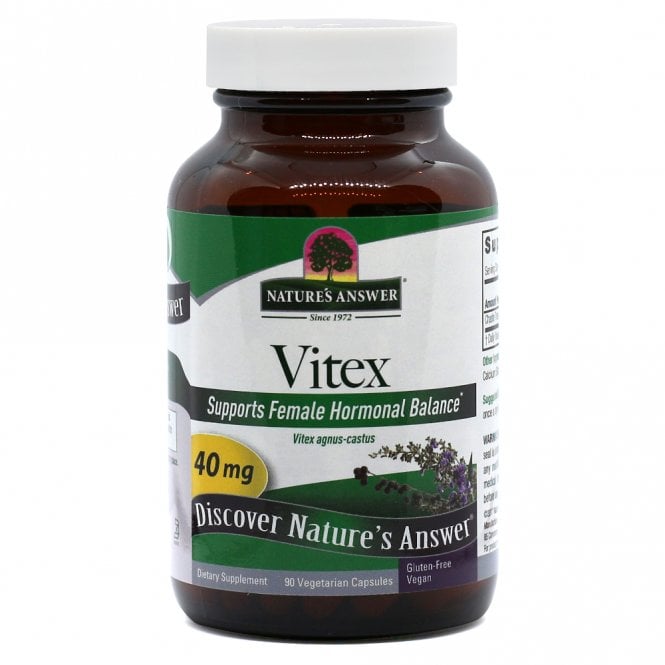 Vitex agnus-castus goes by many names, including Chastetree Berry. The small tree is indigenous to the Mediterranean area, although it can grow in temperate areas worldwide. It is an attractive bush with finger-like leaves and thin violet, blue or pink flowers. The fruit produced by this tree is a dark brown to black berry, about the size of a peppercorn, with a spicy pepper flavor.

A Herb Used Throughout the Ages

The Chaste Berry has a long history of use in folklore. In the ancient writings of Roman Naturalist, Pliny the Elder, the name Vitex is derived from the Latin word, vieo which refers to weaving, since the bark of the vitex tree was used to weave baskets. The reference to Chaste is due to references that the plant was considered sacred to the Virgin Goddess Hestia/Vesta. It was mentioned in the 4th century BC by Hippocrates, `the father of modern medicine`, and was indicated in The Kings American Dispensary for "female balance".

Its common name reflects the belief that eating the fruit decreases the libido, and allows for increased chastity. During ancient Greek and Roman times, the Priestess of the Temple would eat the berries to lessen the libido.

Another name for the plant, Monks Pepper, came from the use by medieval monks towards a similar goal. Although scientific studies do not support the herbs ability to decrease sex drive, modern research shows that Chaste Berry may have a regulating effect on female hormones.

Chaste Berry has been the subject of in depth, placebo controlled double blind studies, which have uncovered some of the specific mechanisms of action that make it useful as a possible remedy for the female cycle.

Natures Answer were founded in 1972, and to this day remain a family-owned and operated business. With the highest standards for their natural products and liquid herbal extracts, Natures Answer is dedicated to purity and top-notch manufacturing.

Natures Answer want to be as comprehensive as possible in the testing they do and the standards they follow. Thats why they measure their product safety against both European and US standards.

As a dietary supplement, take one (1) vegicap once a day with food or water.