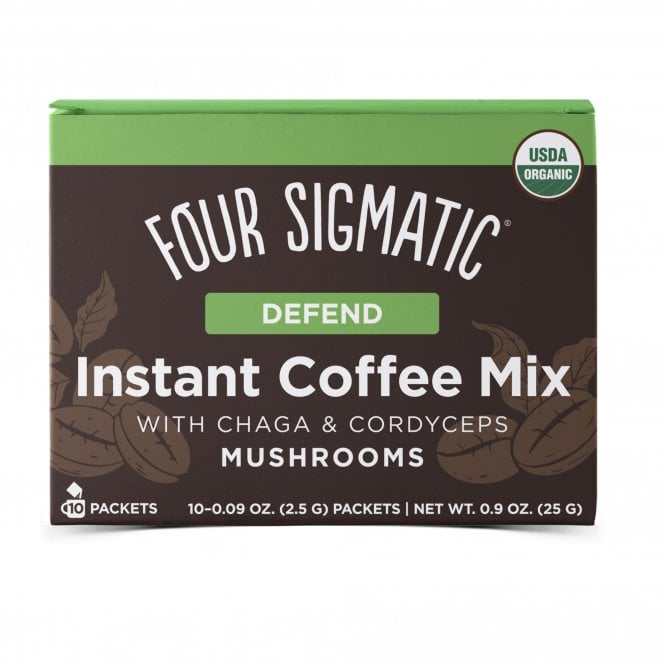 Four Sigmatic (formerly known as Four Sigma Foods) have combined fast-food convenience with superfood effectiveness to bring you the power of mushrooms in a revolutionary new way.

Mushrooms are among the most studied superfoods in the world. You may not know that around 40 percent of Western medicines today, including penicillin, utilise mushrooms.

Most people dont consume these healthy types of mushrooms, so adding even small amounts could lead to significant health benefits.

Choose from our selection of Four Sigmatic mushrooms to start reaping their rewards.

Mix the contents of the packet into 200ml of hot water.