X
This site uses cookies to provide and improve your shopping experience. If you want to benefit from this improved service, please opt-in. Cookies Page.
Accept Cookies
Same Day Dispatch & Fast Delivery
Call Us +44 161 974 0066
Rated as 'Excellent' based on over 9,000 reviews
15%
Off 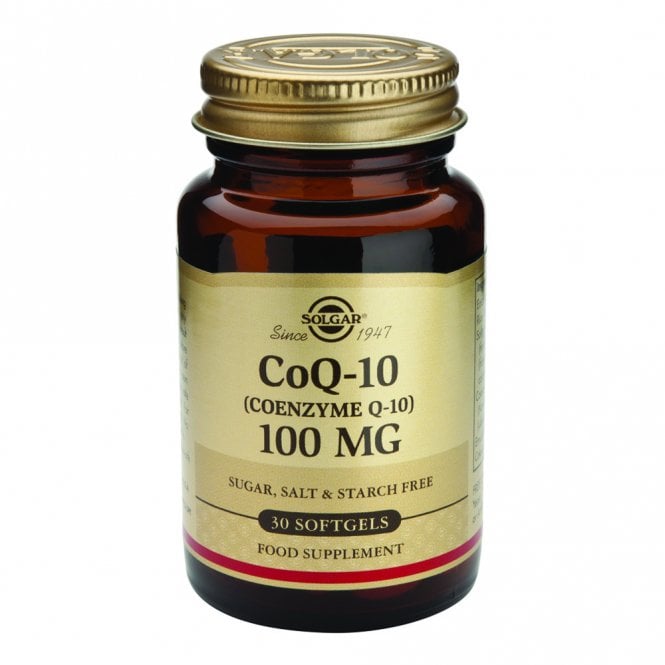 Solgar CoQ-10 (Coenzyme Q-10) 100 mg contains KanekaQ10, a patented form of CoQ10 fermented from yeast and bio-identical to the CoQ10 which is produced by the body.

As we age, our bodies produce less and less CoQ-10. This vitamin-like substance can be found in a wide variety of foods, but organ meats such as heart, liver and kidney contain particularly high levels. Beef, soy oil, sardines, mackerel, and peanuts are also sources.

Coenzyme Q-10 plays a vital role in cellular health and energy production. CoQ10 is found in all cells of the body with high levels in the heart, skeletal muscles and other tissues with high energy requirements. Due to its versatility, CoQ10 is a nutrient for those with busy schedules and the over 50s.

CoQ-10 has also been found to support collagen production by reducing collagen breakdown and reducing the effect of ageing on the skin. Levels of CoQ10 are known to diminish with age so it is important to keep them up to support your cells with the ability to regenerate.

Since 1947, Solgar has created the finest nutritional supplements in small batches, based on tireless research and using only the finest raw materials. When it comes to quality, Solgar is The Gold Standard.

With more than 300 products that bear the hallmark of the gold label, distributed in over 60 countries across the globe, Solgar is trusted by millions of consumers worldwide. They are also committed to protecting the environment and have been Carbon Neutral since 2010.

As a food supplement for adults take one softgel daily, preferably at mealtime, or as directed by a healthcare practitioner.

If you are pregnant, nursing, taking any medications or have any medical condition, please consult your healthcare practitioner before taking this porduct. Keep out of reach of children. Store at room temperature. Do not use if outer bottle seal is missing or damaged.